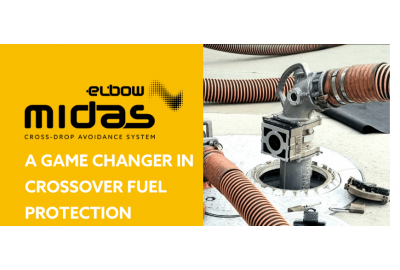 Tully Brewer the President of Littlejohn based out of Spartanburg SC with 6 locations nationwide states " The MIDAS Elbow is a game changing anti-cross drop device that replaces regular fuel delivery fittings. It reads the fuel type being delivered into bulk storage tanks at gas stations and discriminates between gasoline, diesel and water, avoiding tank contamination. This tank trailer product drop elbow is the best solution in the marketplace to prevent cross drop or contamination."

An RFID tag installed in the spill bucket communicates with the Elbow, not just telling the Elbow what grade to allow into the UST, but also passing on any information the tag has written onto it, such as the tank number, retailer and site address. The Elbow already has the time, date and year stored in its non-volatile memory. You call the shots on what additional information is stored on the Elbow, however basic or informative.

Should the incorrect fuel be selected, the MIDAS Elbow sends a message via an LCD screen, alerting the user that there is a problem with the fuel choice, allowing the driver to rectify the error. No incorrect fuel ever reaches the UST tank and a cross-contamination accident is avoided. 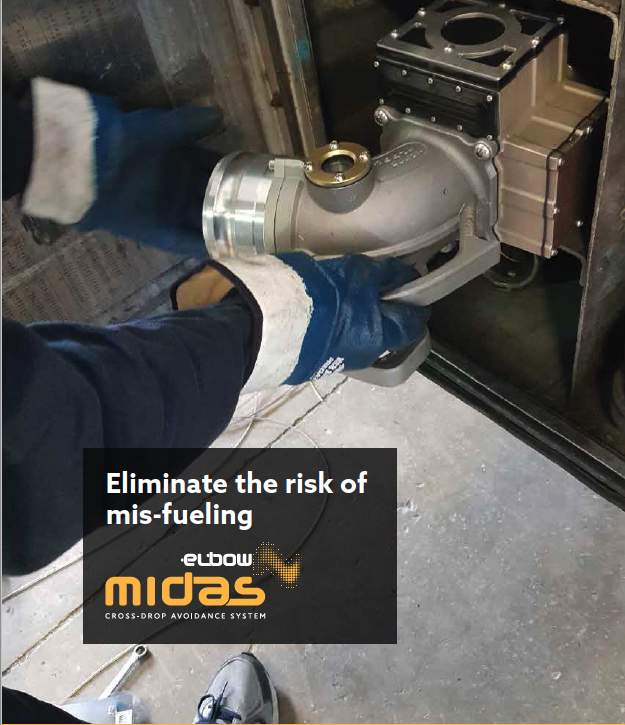 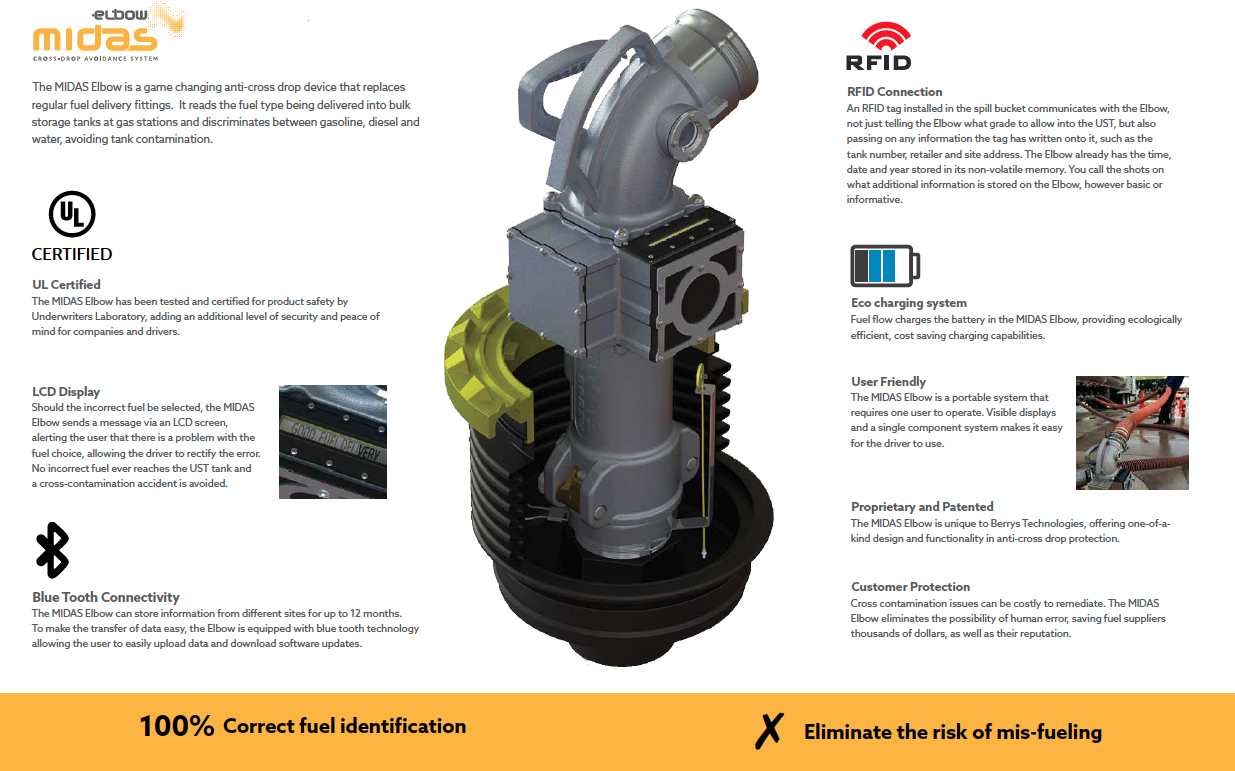 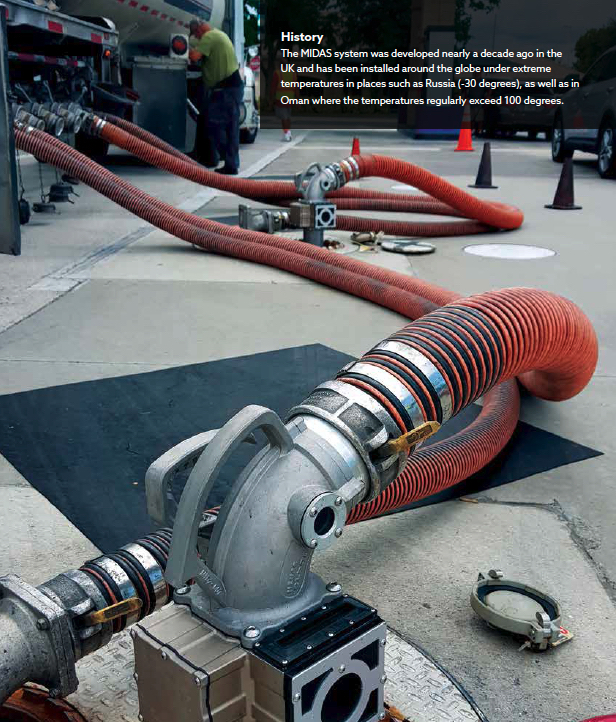